46 years ago this month, the world said goodbye to Dorothy Dandridge.

Dorothy Dandridge is a name that is too often forgotten when it comes to women in the early days of Hollywood. Everyone has heard of Marilyn Monroe, Audrey Hepburn, Elizabeth Taylor and the like. Well, Dandridge was every bit the onscreen presence these women were, but as a black actress in the 40s and 50s it was hard to get noticed and even harder to find consistent work. Hell, truth be told it’s still hard for women of color to find steady work in Hollywood and get recognized (see Taraji P. Henson).

What makes Dandridge so compelling is the fact that she wasn’t just an actress, but a singer as well. She was what you would call an all around entertainer. Perhaps best known for her work as Carmen in the movie ‘Carmen Jones,’ Dandridge was electrifying on screen and would even garner an Academy Award nomination for Best Actress in 1954. She didn’t win, but maybe more importantly, she proved she belonged.

Sadly, ‘Carmen Jones’ proved to be the high point of Dorothy’s career as she would spend the next decade with diminishing roles and increasingly high personal debt. The fact that she was even able to get prominent roles in Hollywood films could be seen as an accomplishment in itself considering the rampant racial discrimination of her era. Dandridge’s career might best be described in the last line of her biography on her IMDB page: “Had she been born 20 years later, Dorothy Dandridge would no doubt be one of the most well-known actresses in film history.” 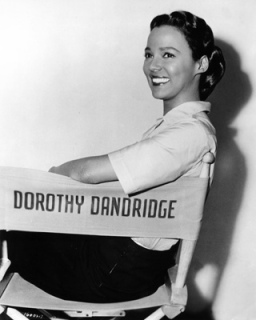