I was definitely surprised to know that the film “Think Like A Man” was the leading movie at the box office these past two weeks (until “The Avengers” came in like an avalanche). The Steve Harvey inspired, Will Packer produced flick, I’m sure has exceeded expectations of the studio heads, but what does this mean for future films with predominantly black casts? 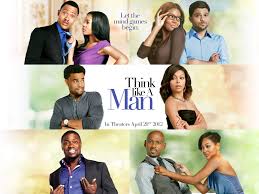 I raise this question because often times there is not the same amount of marketing dollars put into films with casts of color as there are with films with white leads. Case in point, when “Think Like A Man” was released, that same weekend, “The Lucky One” with teenage heartthrob Zac Efron, also hit theaters. “Lucky” made $22.5 million in its opening weekend while being released on more than 3100 screens nationwide. As for “Think Like A Man?” It would go on to make more than $33 million, opening in roughly 2100 theaters across America.

So let’s review the facts. “Think Like a Man” made more than $10 million more than Efron’s “The Lucky One,” despite being shown in a thousand less theaters nationwide. Quite an achievement one might say.

What this proves is that there is indeed a market for ‘black’ films, if these revenue numbers are any indication. What also helped was the fact that “Man” was marketed a full two months before its release date. Whether it was commercials during the NBA All-Star Game or constant references to check out the film’s various social media sites (a must these days), “Man” got the wheels in motion for building up intrigue well in advance. For a more in depth view behind the marketing push campaign for “Think Like A Man,” check out this interview with producer William Packer on the Shadowandact blog here.

Let’s see if Hollywood takes notice of this –or hell– other filmmakers maybe take notice of this success and get inspired to have their films reach wide audiences.