2012 was the year that internet sensation and Youtube star, Issa Rae (who created, produced and directed the hit series Awkward Black Girl) teamed up with Shonda Rhimes to collaborate for an upcoming comedy series for ABC. This development was huge for Rae of course, but it also marked the first time a webisode focusing on a character of color paved the way for a transition to the small screen. The web is increasingly becoming a backdoor way to breaking into traditional forms of media, like film and television.

2012 was the year that Matthew Cherry directed his first feature film, “The Last Fall” and saw it receive critical acclaim along with a number of accolades. 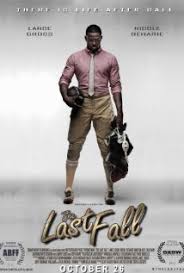 2012 was also the year that Ava DuVernay’s distribution company, AFFRM, released “Restless City” and my film of the year, “Middle of Nowhere.” “Middle of Nowhere,” revolves around the relationships of the main character, Ruby (Emayatzy Corinealdi), with her imprisoned husband, family, and busdriver turned lover (David Oyelowo). The cinematography is beautiful and the scenes poignant. The film does a good job letting the audience follow along as Ruby deals with varying degrees of hurt, mistrust, love, acceptance and discovery. 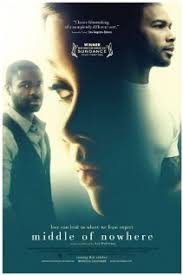 Finally, 2012 marked the first full calendar year of FilmSwag’s existence. I definitely appreciate all of you who have checked out this blog and recommended it to your friends. So far FilmSwag has been viewed by people in more than 40 countries on 6 different continents (one day I’ll get someone in Antarctica). I definitely have more topics and things I’ll be covering in 2013. Also, if you guys have anything you’d like to see me cover reach out to me at: warin@filmswag.org. I’ll be posting more photos, videos, and also looking to incorporate screenings and events for those of you in the NYC area. Peace, Love, and Happy New Year Everyone.