April 4th, 1968, is a day that many people of an older generation will never forget. Neither should any of us.
For that was the day of Martin Luther King Jr.’s assassination in Memphis,Tennessee. Following his assassination, President Lyndon Johnson announced a day of mourning for the man who was instrumental in the struggle for racial equality in the United States. In the aftermath of King’s death, there was grief, despair, anger, rage, and sadly, riots. Despite this however, King’s legacy in the 45 years proceeding his death, has only become more emblazoned in our national consciousness. 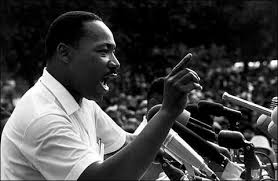 Martin Luther King Jr. is one of the select few African Americans to have their story told and taught on a national level within our school system. The man certainly has earned the recognition to say the least. From attending Morehouse College at 15-years-old, to starting out as a young preacher in Alabama, to leading and organizing the Montgomery bus boycott in 1955-56, King certainly did much in a short period of time. King is perhaps best remembered for the March on Washington, where it was on the steps of the Lincoln Memorial in 1963, in which he gave his famous “I Have A Dream” speech in front of more than 200,000 people. If there’s one memory that people have of King, it’s probably that one. 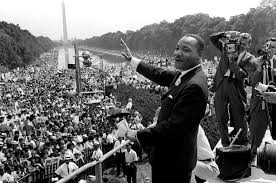 It’s worth noting that in the days before he was assassinated, King had been meeting with Memphis sanitation workers who were fighting for better working conditions. In the five years following his “I Have A Dream” speech, the crowds weren’t as large, but King’s message nevertheless remained influential. His call for nonviolence as a means of protest was widely used by many in regards to the Vietnam War that was raging at the time. King steadfastly opposed the war and at the time of his death, was greatly concerned about the plight of the impoverished in America.
Since Martin Luther King Jr.’s assassination, America has indeed come a long way. The 1964 Civil Rights Act opened the door for many people of color to greater access to education, job opportunities, and political aspirations. Make no mistake, there is no Barack Obama without Dr. King and the countless others (not just black folks either) who gave their hearts and lives for a free and equal America. Dr. King, Thank You.

From the Black Media Archive Podcast: