There was an interesting article posted last month on The Grio that looked at the year 1993 and the amount of ‘black’ films that were released during those 12 months. Could there be another renaissance coming 20 years later?

When we talk about films starring, directed, or produced by people of color being released in theaters, it usually revolves around the dearth of such films. This is in large part due to a lack of financing many filmmakers of color simply don’t have access to. Although in recent years that has changed a bit with crowdfunding, it is still a rather large hurdle to overcome. 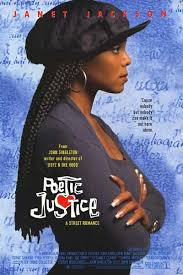 What makes 1993 so unique was the plethora of ‘black’ films that hit the screen that year. It was as if someone parted the seas and gave these films passage to the big screen instead of taking the all to common straight to video route.

There were biographies like “What’s Love Got To Do With It,” starring Angela Bassett as Tina Turner. There were comedies such as “Cool Runnings” and “Sister Act 2,” which starred Whoopi Goldberg. And then there were the inner-city dramas like “Menace II Society,” and “Poetic Justice,” starring Janet Jackson and the late Tupac Shakur.

Many look at the early 90s and 1993 in particular as a time when ‘black’ films had a higher chance of getting major distribution deals then at any point before or since. Do you agree? Here’s the original article.