There was an interesting article a couple weeks back by the NY Times talking about the powerful impact that film was having on a group of female students. The twist? All of the students were inmates.

The article profiles one former inmate, 20-year-old Amirah Harris, and the impact that Tribecca Teaches had on her. Tribecca Teaches is a film program run by the Tribecca Film Institute that teaches students in New York City and Los Angeles the craft of filmmaking. The NY Times article speaks with one of the teachers in the program who taught at Rikers Island (a prison facility) and noted the positive impact it had on the women in her class. She also notes that she didn’t fear for her safety at all during the time she was teaching. 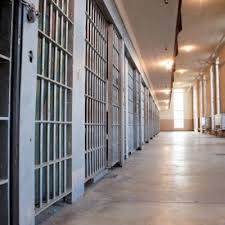 I remember hearing of a similar story on NPR radio host Michele Martin’s “Tell Me More” program, where a woman in Indiana who is a public school teacher, volunteers her time teaching inmates Shakespeare. She said that the inmates brought their own experiences into their analysis of the work, raising questions and positions that she as a teacher had never even considered before. She too stated that she had no fear for her own safety in the classroom, and that many of the inmates were just happy that someone was willing to take time out of their day to work with them.

In both these cases we see the power that art can have on a population deemed ‘undesirable’ by society. If art – whether it be film, Shakespeare, or poetry – can have these dramatic effects on prisoners, maybe we ought to rethink about arts being the first thing cut when school budgets get tight. Just a thought.