Sunday night I was playing NBA 2K16 and realized I had messed up.

I switched off my Xbox and turned on my TV only to realize I had missed the Beyonce and Kendrick Lamar performance. And with that, the BET Awards show kicked off and the disparate parts Black Twitter came together to laugh, criticize, throw shade, r 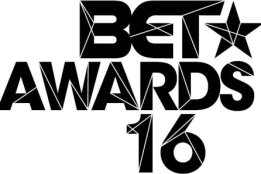 ejoice, and all in all just enjoy the moment.

The BET Awards got off to a bit a rough start 15 years ago as it had to -like most brand new programs- find its sea legs of sort and figure out what it wanted to be. Was it going to be primarily focused on the awards? Was it going to be more about the performances? Was it going to be more about who showed up and shown out on the red carpet? In reality, it’s all of these things under the umbrella of celebrating black excellence in music and film. The rise of social media – in particular, Twitter – has only helped fuel this growth but allowing the viewer at home to become an active participant.

The most stirring performance of the evening belonged not to a musical act, but an actor during a speech – Jesse Williams. Williams, known primarily for his work on Grey’s Anatomy, gave a speech that was so poignant and powerful, that people rose from their seats and clapped. He addressed issues regarding police brutality, black lives matter, and the freedom that black people are still seeking some 397 years after our arrival.

It’s moments like this that keep the BET Awards fresh, hip, and relevant in an ever changing media landscape. I look forward to next year’s version.