The real story, the universal story, is that we all stand on a pair of shoulders. We are, all of us, the sum of our influences. We’ve all been taken by the hand and led to a better, more purposeful place.

“You’ve gotta go. And when it’s time to go, go. And I took that whole thing into entertainment, where you don’t know when your next opportunity is going to come. You can’t say I’m gonna be here forever. Because there are guys who’ve said that. And they’re not here anymore. You just gotta go. When you get your shot, you give it everything you have.”

“I feel no flattery when people speak of my voice. I’m simply grateful that I found a way to work around my impairment. Once a stutterer, always a stutterer. If I get any credit for the way I sound, I accept it in the name of those of us who are impaired.”

This is from a speech made by the legendary artist Harry Belafonte at the New York Film Critics Circle Awards last week.

“… The power of cinema is an uncontainable thing and it’s truly remarkable, in its capacity for emotional evolution. When I was first watching the world of cinema, there was a film that stunned the world, with all its aspects and art form. They did a lot, at that time. The film was done by D.W. Griffith, and it was called The Birth of a Nation, and it talked about America’s story, its identity, and its place in the universe of nations. And that film depicted the struggles of this country with passion and power and great human abuse. Its depiction of black people was carried with great cruelty. And the power of cinema styled this nation, after the release of the film, to riot and to pillage and to burn and to murder black citizens. The power of film.

At the age of five, in 1932, I had the great thrill of going to the cinema. It was a great relief for those of us who were born into poverty, a way we tried to get away from the misery. One of the films they made for us, the first film I saw, was Tarzan of the Apes. [Ed note: The movie is called Tarzan the Ape Man.] In that film, [we] looked to see the human beauty of Johnny Weissmuller swinging through the trees, jump off, and there spring to life, while the rest were depicted as grossly subhuman, who were ignorant, who did not know their way around the elements, living in forests with wild animals. Not until Johnny Weissmuller stepped into a scene did we know who we were, according to cinema.
Throughout the rest of my life … on my birth certificate, it said “colored.” Not long after that, I became “Negro.” Not too long after that, I became “black.” Most recently, I am now “African-American.” I spent the better part of almost a century just in search of, seeking, “Who am I? What am I? What am I to be called? What do I say? Who do I appeal to? Who should I be cautious of?” In this life, when we walk into the world of cinema, we use the instrument that is our ability to try to give another impression of who and what we were as a people, and what we meant to this great nation called America. I’m glad that Sidney Poitier should step into this space right after the Second World War, and new images of what we are as people, certainly as men.

A lot’s gone on with Hollywood. A lot could be said about it. But at this moment, I think what is redeeming, what is transformative, is the fact that a genius, an artist, is of African descent, although he’s not from America, he is of America, and he is of that America which is part of his own heritage; [he] made a film called 12 Years a Slave, which is stunning in the most emperial way. So it’s a stage that enters a charge made byThe Birth of a Nation, that we were not a people, we were evil, rapists, abusers, absent of intelligence, absent of soul, heart, inside. In this film,12 Years a Slave, Steve steps in and shows us, in an overt way, that the depth and power of cinema is there for now the world to see us in another way. I was five when I saw Tarzan of the Apes, and the one thing I never wanted to be, after seeing that film, was an African. I didn’t want to be associated with anybody that could have been depicted as so useless and meaningless. And yet, life in New York led me to other horizons, other experiences. And now I can say, in my 87th year of life, that I am joyed, I am overjoyed, that I should have lived long enough to see Steve McQueen step into this space and for the first time in the history of cinema, give us a work, a film, that touches the depths of who we are as a people, touches the depths of what America is as a country, and gives us a sense of understanding more deeply what our past has been, how glorious our future will be, and could be.
I think that the Circle Award made a wise decision picking you as the director of the year. I think we look forward in anticipation to what you do in the future. But even if you never do anything else, many in your tribe, many in the world, are deeply grateful of the time and genius it took to show us a way that it should be. Forever and eternally grateful to say that we are of African descent. Thank you.“
– Text provided by Vulture

“The only thing that moves you forward is your work.”

“It’s not the public that inspired an artist to create. An artist feels the need to create even if there is no public. If there were no one on the planet I’d still do funny things. I’d just be laughing by myself.” 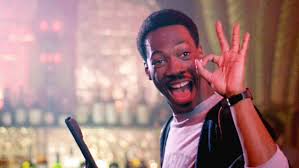 “I’m a black filmmaker. I must be. When I think of characters, or rather, when characters come to me — as the best ones do, outside of conscious thought — overwhelmingly they are black. And when I introduce these characters and films into the production framework of this industry, the funding and distribution “restrictions” I’m met with as a result of those characters’ blackness would remind me, if it weren’t clear already, that I am indeed black.”

The above quote comes from the NY Times piece 20 Directors to Watch in which the Times profiled 20 filmmakers who are making their voices heard. Barry Jenkins directed the 2008 film “Medicine for Melancholy,” which centers around a young couple who spend a day with each other in San Francisco. It’s a film that I highly recommend. The piece also features Dee Rees, who directed the 2011 highly regarded film “Pariah.”

“My mother and father taught me everything: integrity, honesty, being responsible. My father said you can’t be anything unless you accept responsibility for all your failures. My mother wanted me to have a tough hide but a tender heart.“

“I live in racist America and I’m uneducated, yet a lot of people love me and like what I do, and I can make a living from it.You can’t do much better than that.“