Some might say that based off audience reactions and box office numbers, Black Panther is more than a movie. They’d be right. It’s a movement.

From enthusiastic audiences to one of the highest ratings of a super hero film ever by critics, Black Panther has done quite well for itself. There were reports of folks showing up with drums to the premiere last month and numerous photos of others posing next to the official film poster. The film has not only been been popular, but profitable, even beyond Marvel’s (and parent company Disney’s) own dreams. As of this writing, Black Panther has already grossed more than $1 billion globally and over $600 million domestically. To put that in perspective, it is now one of the Top 10 highest grossing films in American cinematic history. Much of this money is coming from people seeing the film not just once, but multiple times with friends and family.

Black Panther has been the #1 movie at the box office for five weeks running, something not seen in eight years here in the United States. Most studios are happy if they win the box office on back-to-back weekends, let alone five straight weeks. By tapping into a relatively under-served market, Black Panther is reaping the benefits, and then some.

The dearth of diverse stories in Hollywood is both a pertinent issue and a persistent one.  It hasn’t been much better in the super hero realm with black actors appearing in films but usually as sidekicks and never as the main story. Black Panther changes all that with a majority black cast and a story told from an afro-futuristic perspective.

Even the individual roles have been no less significant. From Shuri, who is the real brains behind the operation and enhances her older brother’s Black Panther capabilities, to Okoye, who is the leader of the fierce all female Dora Milaje unit that protects T’Challa and Wakanda, these roles are deeply impactful. There’s also the significance of M’Baku, played by Winston Duke, a role that was written very differently then what had been portrayed in the comics. Finally, there’s the land of Wakanda that was never touched by colonialism and has thrived as a hidden kingdom for centuries.

In recent weeks #WakandaForever has taken root and been embraced by a wide array of folks. Though this is a fictional land, its influence is very real. For black folks to simply imagine a land where they get to be themselves, far from the white gaze and troubling histories of colonialism and enslavement, is a truly refreshing thought during times of such heartache. 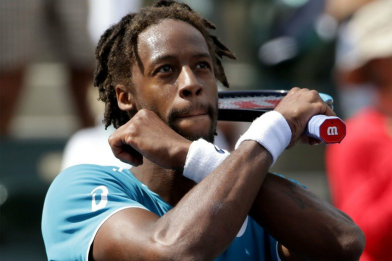 So will the commercial appeal and success of Black Panther open up the lane for Hollywood to tell more diverse stories in the future? I remain skeptical, but we’ll see. These days, the T.V. networks along with heavyweights like HBO and Netflix, seem more committed to a diverse palette of stories being told on their platforms. Clearly, there is serious money to be made in well done diverse pictures that entertain a cornucopia of audiences.

If nothing else, Black Panther shows that there is a real thirst among audiences for well done films by and about people who remind them of themselves. To see yourself onscreen is a subtle, yet powerful affirmation of one’s humanity. Inspiring a generation of kids to look and see themselves in a different light, may be Black Panther’s greatest achievement yet. #WakandaForever

One thought on “More than a Movie: The Cultural Significance of Black Panther”