Once again it seems like another year has flown by. It feels the older I get, the quicker time seems to move.

In terms of pure post output, this was my least productive year on the blog since its inception four years ago. I could use the same excuses of work, side projects, and other commitments, but the truth is, I have to be more disciplined in my time management and more consistent in my posts. With that said, though my posts were down considerably this year, I did manage to make it out to see some quality films.

Last year I didn’t have a movie of the year, but there were nevertheless quality films I saw like “Beyond The Lights” for example. For 2015 my movies of the year are “Dope” and “Chef.” I picked these films for very different reasons above the other titles I saw over the last 12 months.

I saw “Dope” while attending the American Black Film Festival last June and the film actually headlined the event. “Dope” centers around a high school senior named Malcolm played by Shameik Moore, and his two friends who are nerds at their local high school in Inglewood, California. Malcolm and his friends get invited to a party where a shootout occurs and Malcolm runs out only to find the drug Molly has been slipped into his bag. To make matters worse, he realizes he must sell the drug without being caught/killed all the while applying to get into Harvard. While the story takes place in the hood and involves drug dealing, I wouldn’t consider this a ‘hood movie.’ The actors and director Rick Famuyiwa do a good job of making this film feel lively and even somewhat innocent despite its serious subject matter. Zoe Kravitz is very good in this film as well. 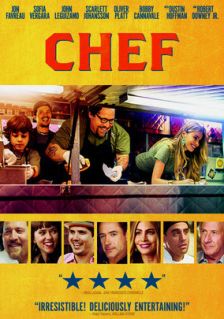 “Chef” is one of the more heartwarming films I’ve seen in years. The story involves chef Carl Casper, played by Jon Favreau, who works at an upscale L.A. restaurant and wants to change up the menu and inject some of his own style into the meals. When he is denied by the owner and told to follow the menu as is, he follows orders and is subsequently ripped by a noted food critic for being bland and boring. Casper goes off on the food critic in a very public manner befitting our cellphone crazed TMZ reality that is 2015 and ends up quitting his job.

Unemployed and unable to find suitable work, Casper’s ex-wife played by Sofia Vergara, suggests he go down to Miami and rent out a food truck owned by her ex-husband Marvin, played by Robert Downey Jr. Hesitant at first, Casper takes her up on the offer and he begins to build his business. Along the way one of his former co-workers comes along to join him and so too does his son. The three of them start out locally in Miami before taking their show on the road and travelling throughout the South, building buzz along the way via Twitter.

This film is incredibly multi-layered. There’s the father-son dynamic, the following your dreams aspect, and even a touching resolution at the end. I highly recommend this film to anyone, and it’s also a movie that would be appropriate for just about any age group. It’s currently playing on Netflix as of this writing. Here’s to more quality films in 2016.

2015 Honorable Mentions: “The Martian” and “Creed”

When the month of March rolls around, I get flashbacks. You see, while this site is just under a year-and-a-half old, media –specifically film– has intrigued me for the better part of 11 years. It’s been this fascination with moving images and the stories behind them, that has left me like a small boy chasing a dream that always seems just beyond the horizon. It all started rather simply.

March of 2002 was an interesting time. I was 6 months into my freshman year of high school, my Oakland Raiders were a winning and respectable organization, and I was witnessing a miracle at the Meadowlands as Jason Kidd was leading the then New Jersey Nets on a path to the NBA Finals. It was also the time when my family upgraded from basic cable to digital cable. I had never seen so many channels before in my life. As great as the sheer volume of channels were, it was the included movie packages that caught my attention.

One of those packages was the Starz package. It was 5 channels of the Starz network and one of those channels was strictly dedicated to people of color. It was called Black Starz and it opened my eyes to a world of cinema I had never seen before. Seeing people who looked like me headlining movies on a 24/7 basis made me wonder why there wasn’t more diversity in Hollywood in the first place. It wasn’t just feature films shown on Black Starz, but shorts and documentaries as well. Ultimately, it left me with the impression that there should be more of these films shown.

From there I began writing down the films each month that had the greatest impact on me. I called the list my ‘Movies of the Month’ list. Movies such as: “To Sir With Love II,” “Love Jones,” “Joe & Max,” “Against the Wall,” and “House Party,” were just some of the few that I wrote down. Later, I would take a few documentary courses under the journalism department at my college, getting my feet wet in the industry.

Since graduating, I’ve been able to work on documentaries, shorts, features, music videos, and now a webisode. Each time learning something new and meeting new people. Now I watch movies with a whole different perspective than I did as a teenager. Once you’ve been behind the scenes and see the amount of work that goes into making a movie, you have a whole different level of appreciation for the craft.

After a few years of working on various projects (and doing odd jobs in the process to pay the bills) I started FilmSwag in the fall of 2011. I’ve certainly learned a lot and am still learning. In the 11 years since viewing Black Starz, the technology has come a long away. It’s never been easier to start filming your own projects. HD video was not readily available to many in ’02, now most cell phones come equipped with 720p or 1080p cameras. Youtube has opened up the platform immensely for aspiring filmmakers. And the rise of social media like Twitter and Facebook have made it easier to connect with one another in record time around the globe. So now in 2013 as there are many more avenues for our stories to be told, I continue to keep learning as much as possible, just like when I started out 11 years ago. 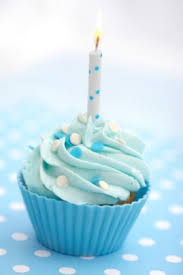